It was pandemonium yesterday at Neiman Marcus in Beverly Hills as Christian Louboutin launched his 20th anniversary capsule collection with a personal appearance. The shoe salon on the first floor was turned into a Louboutin playground and wow did the women come out to play. 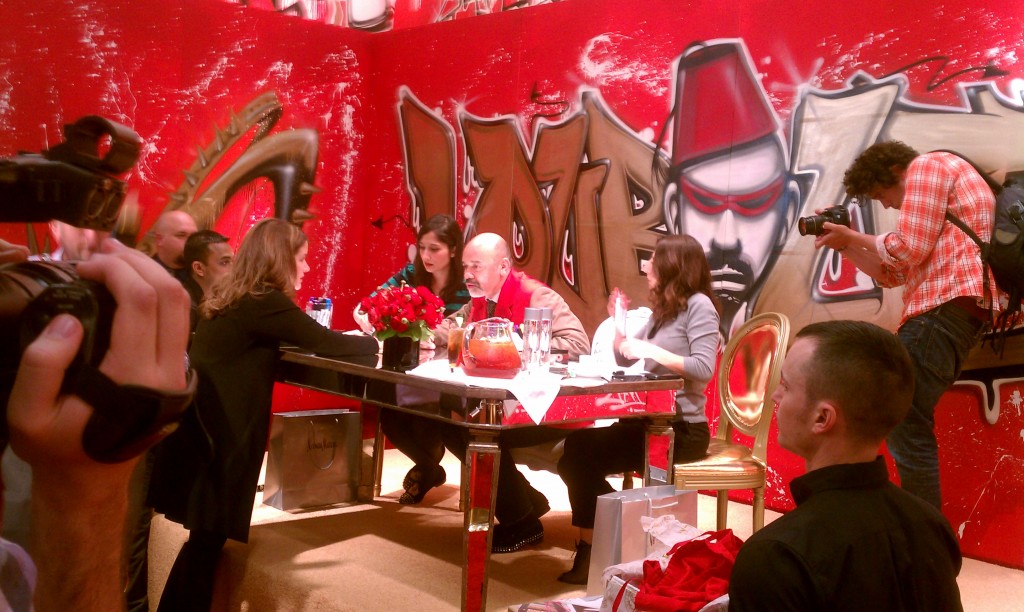 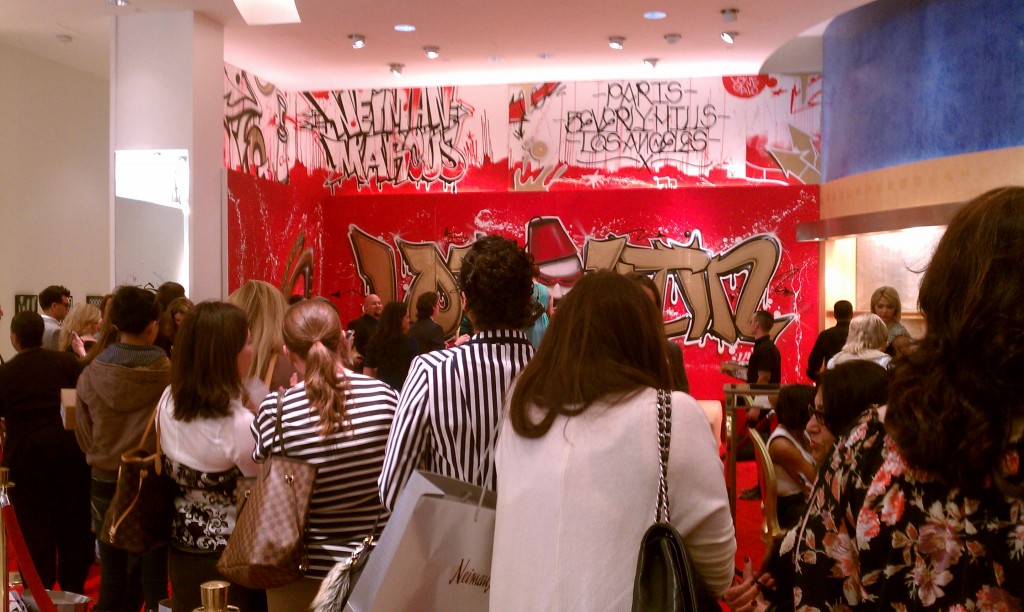 craziness in the signing line 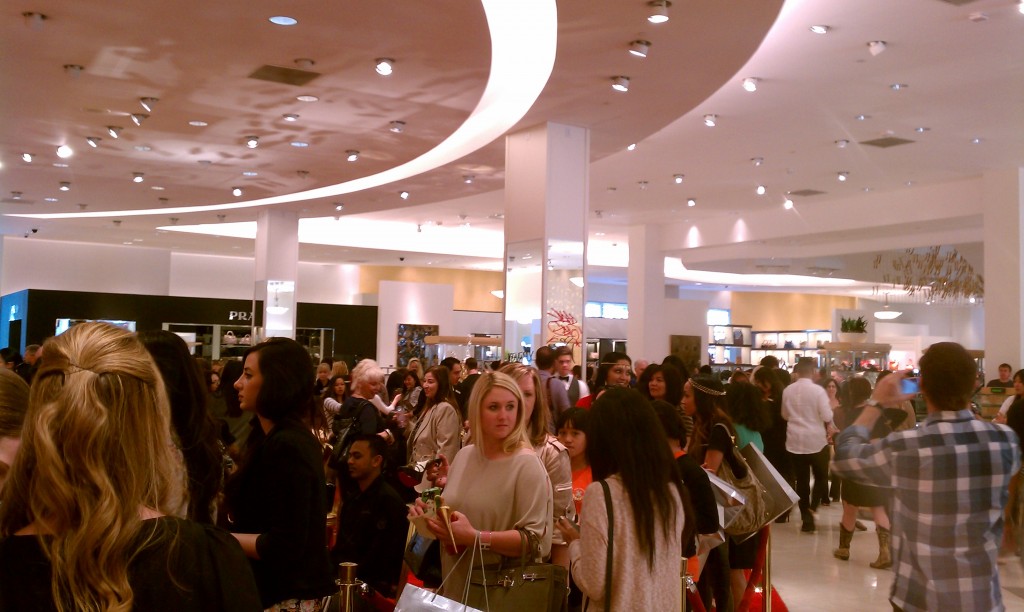 Set on a platform for all to see was the throne for the man himself, Christian Louboutin, who received applause when walking into the event. Behind him was an incredible installation from graffiti artist Gallo, which made for quite the bold backdrop. With that, the usual furniture in the shoe department had been swapped out for gold couches, cubes, and hooded chairs. It made quite the golden statement – as it should when celebrating 20 years of red soles! 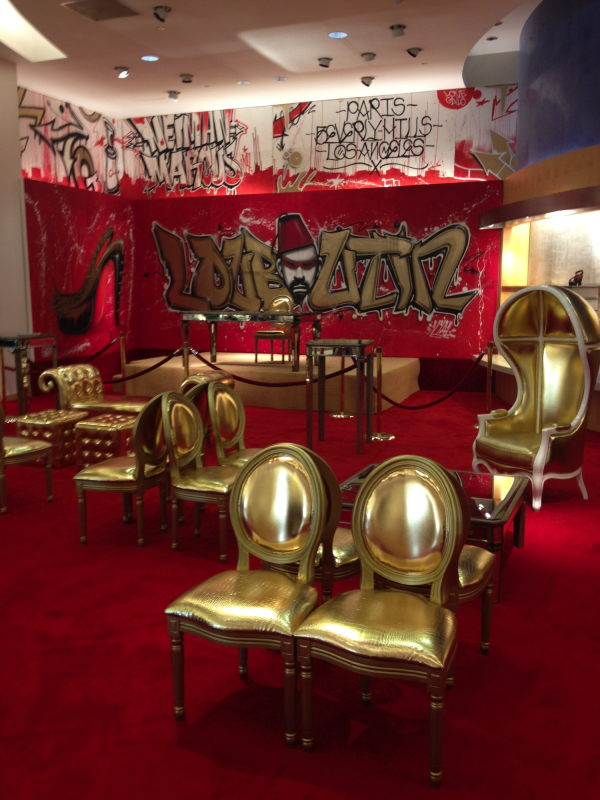 go for the gold

graffiti in the shoe salon 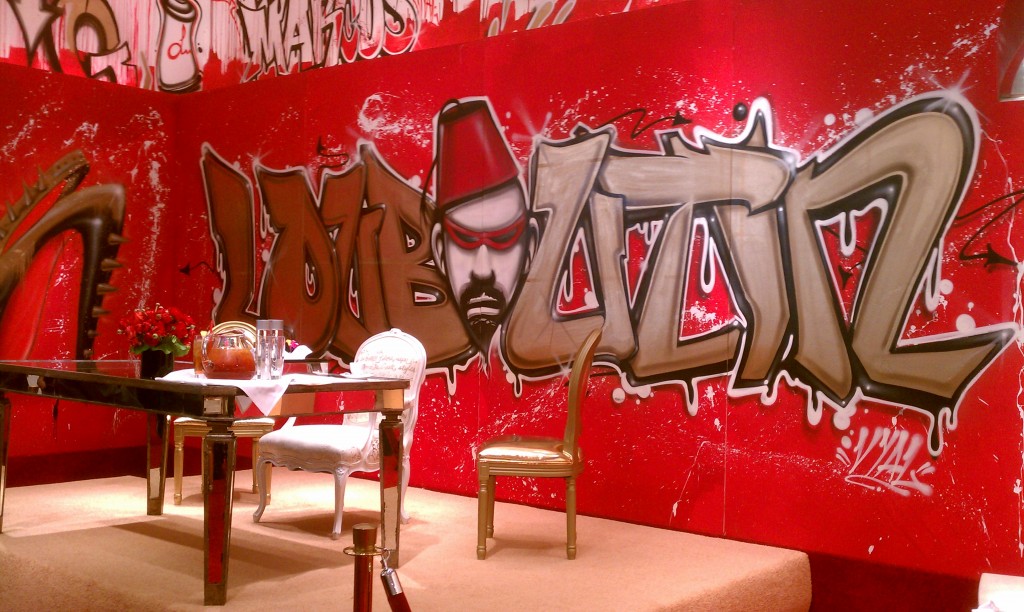 waiting for his arrival

In the center, was what we were all waiting for – the table (tiered like a birthday cake) with each of the 20th anniversary shoes on display. And ooooohhhhh were they good! 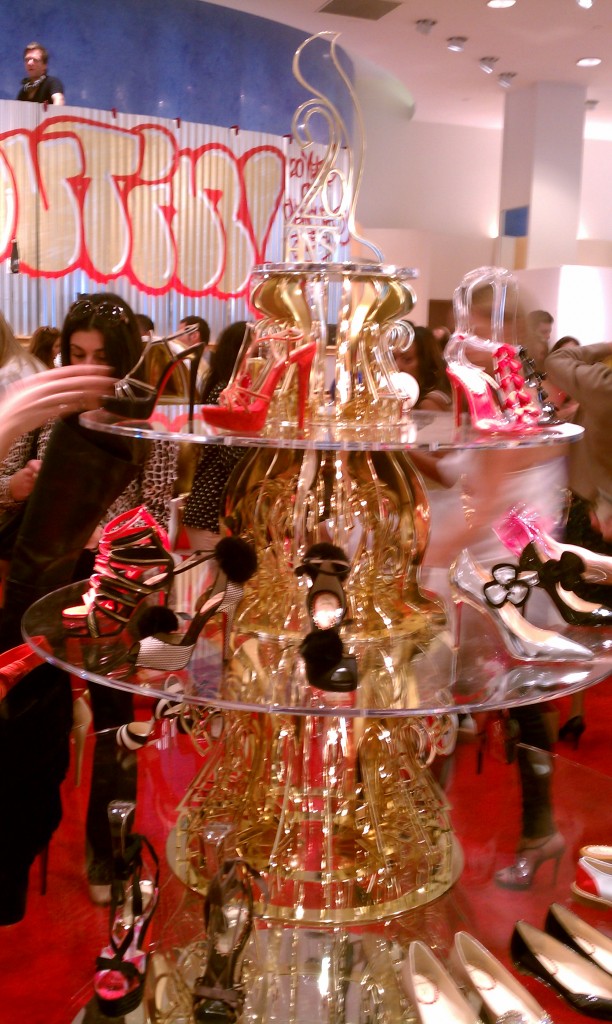 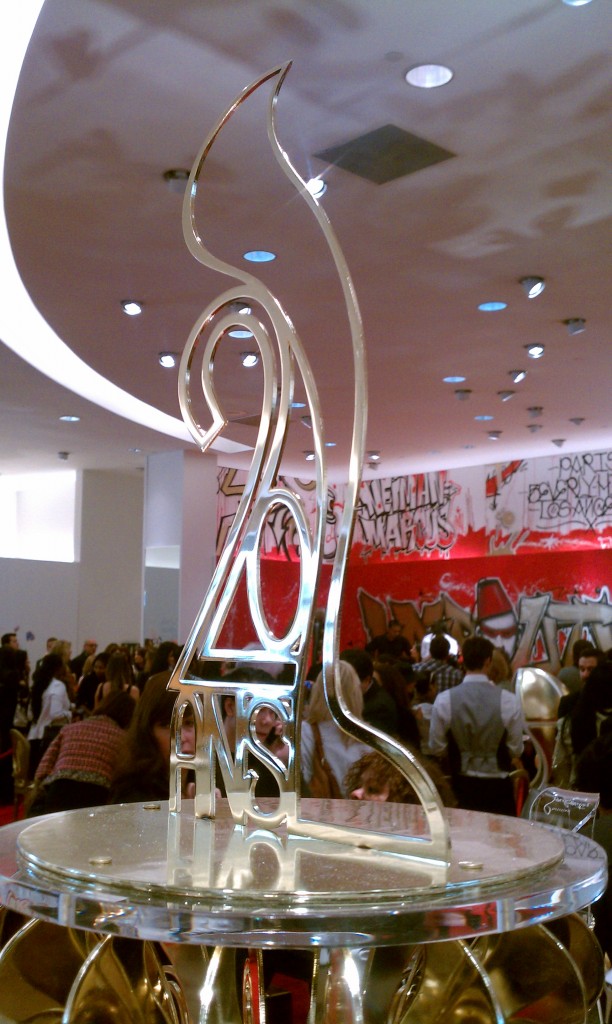 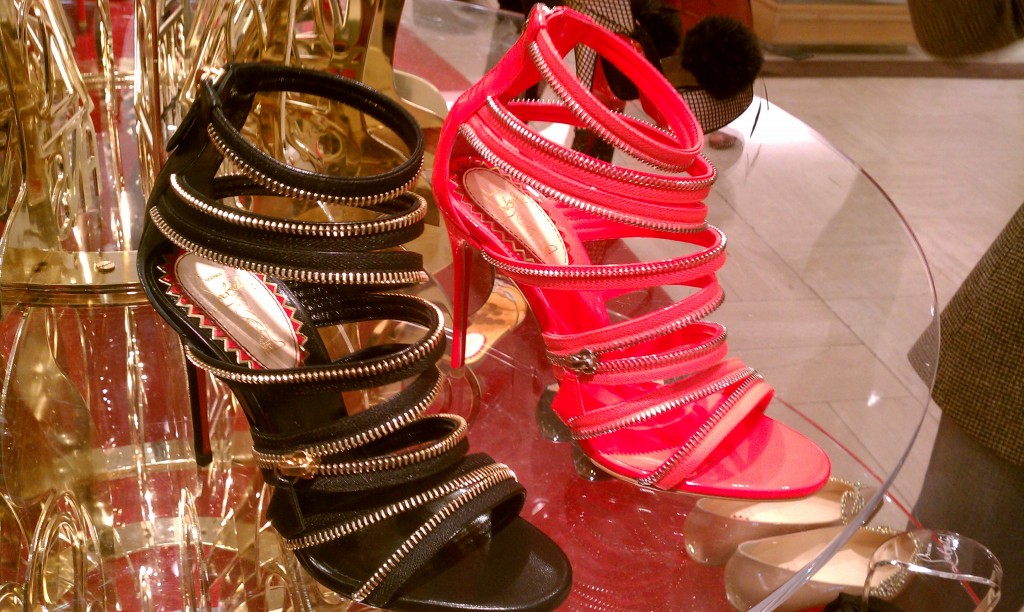 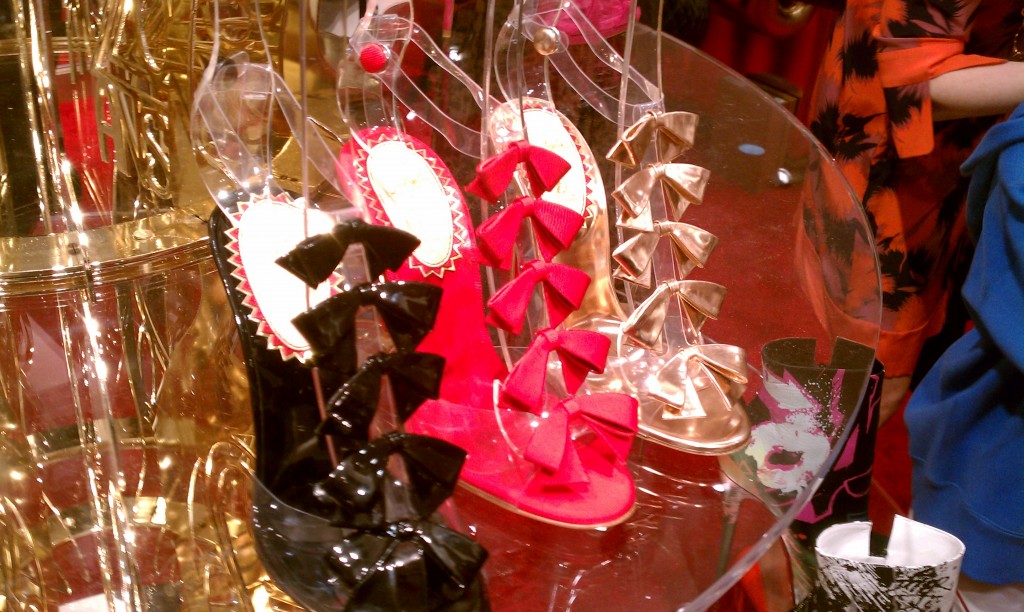 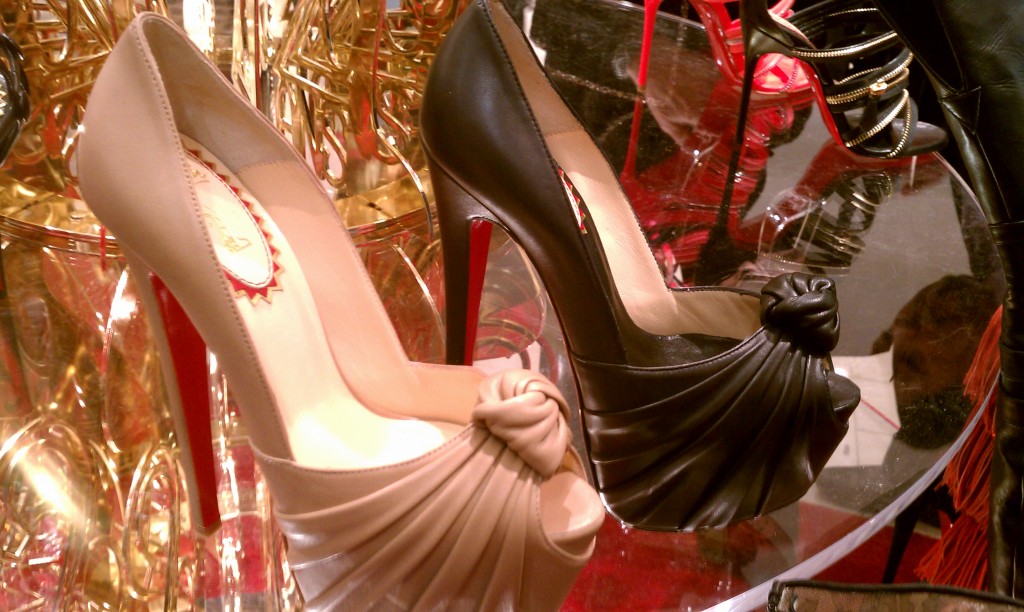 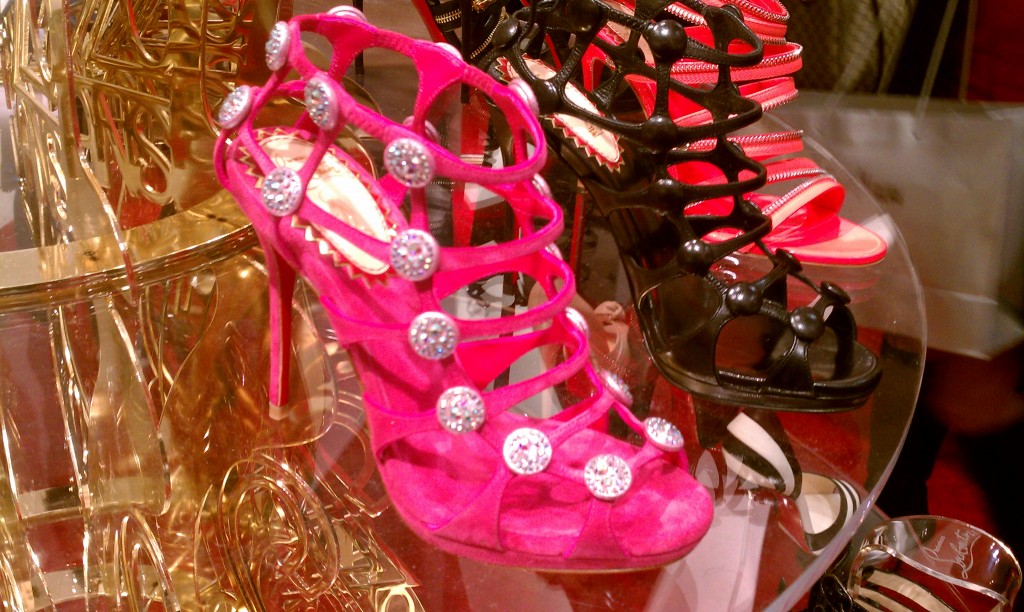 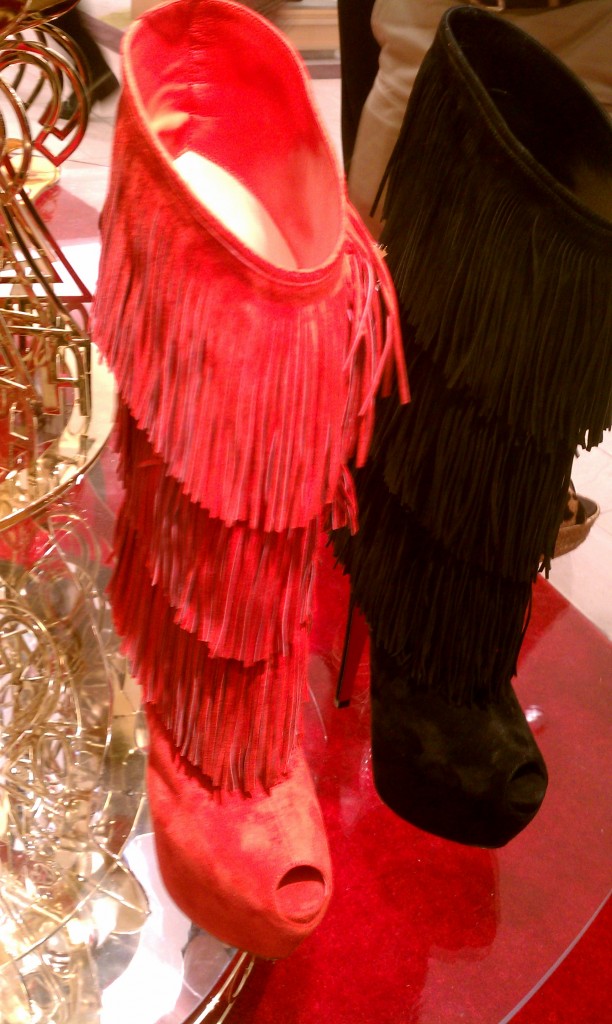 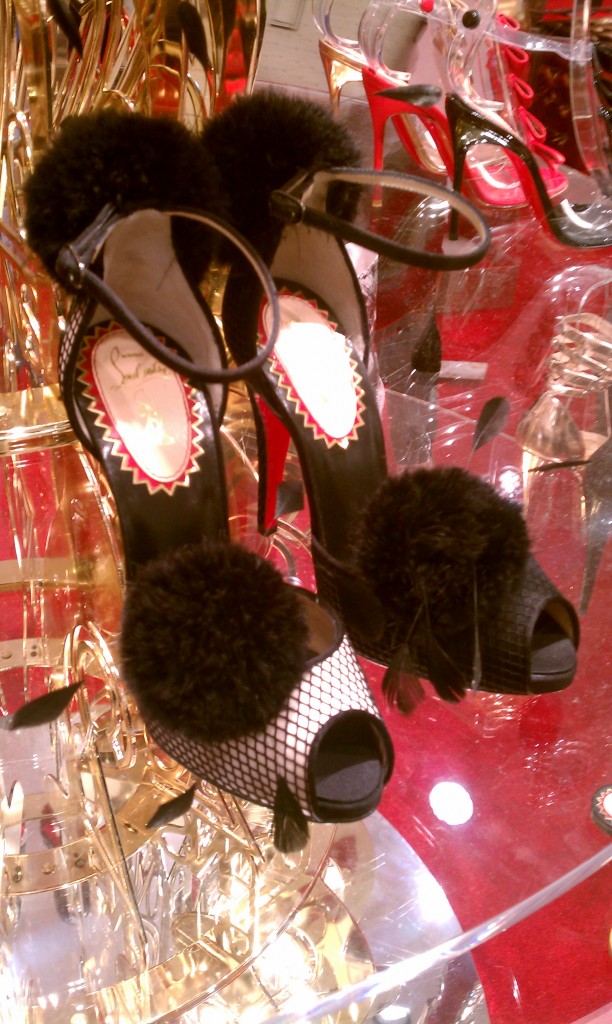 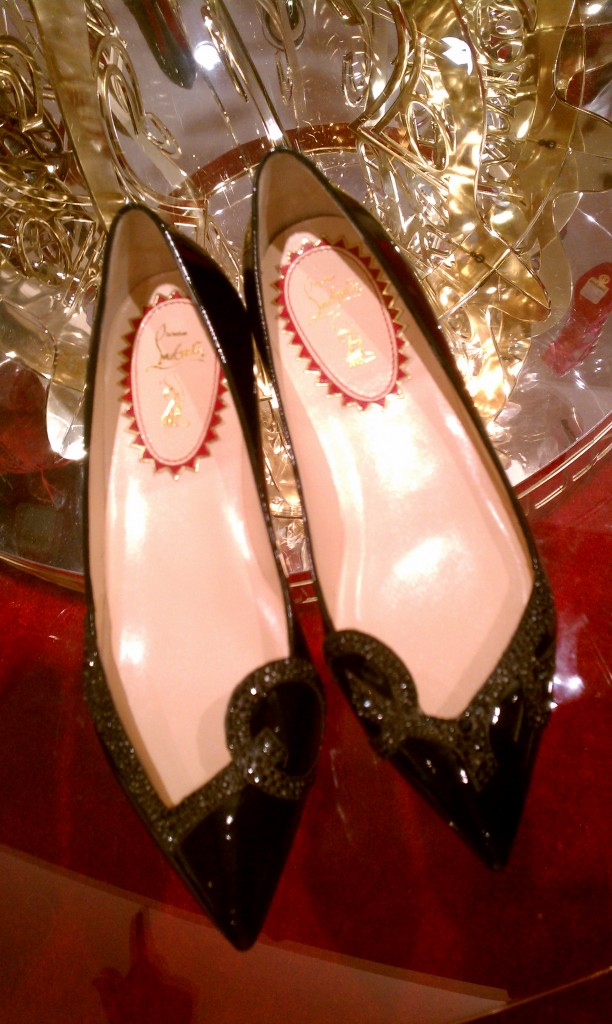 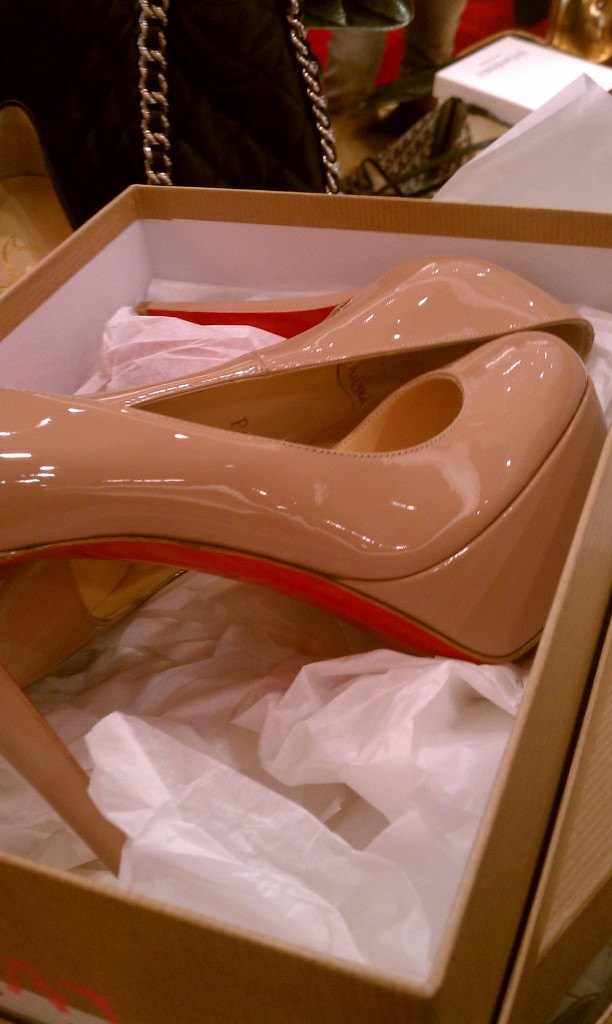 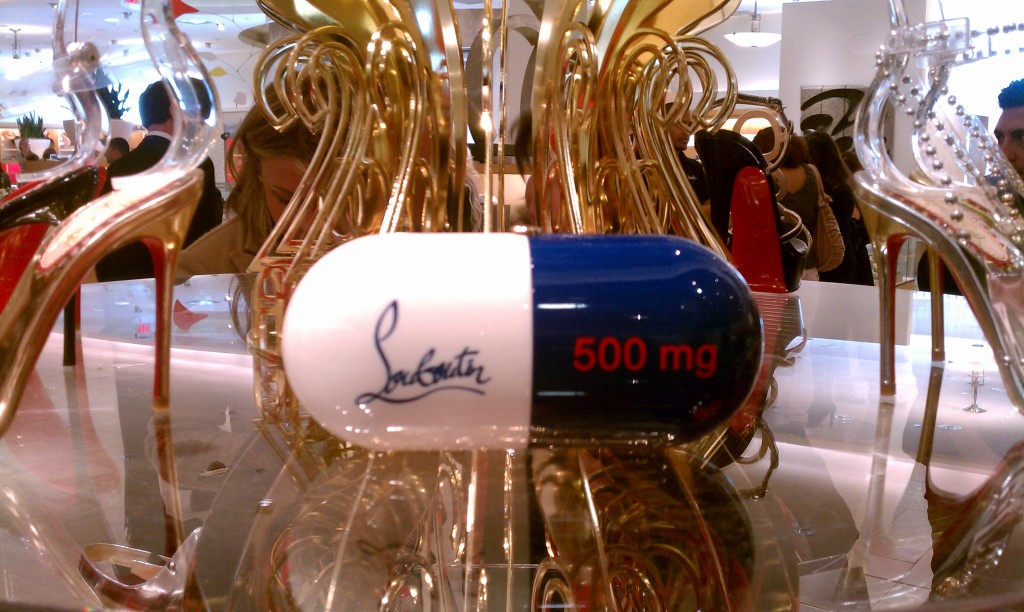 the only purse from the capsule I could find 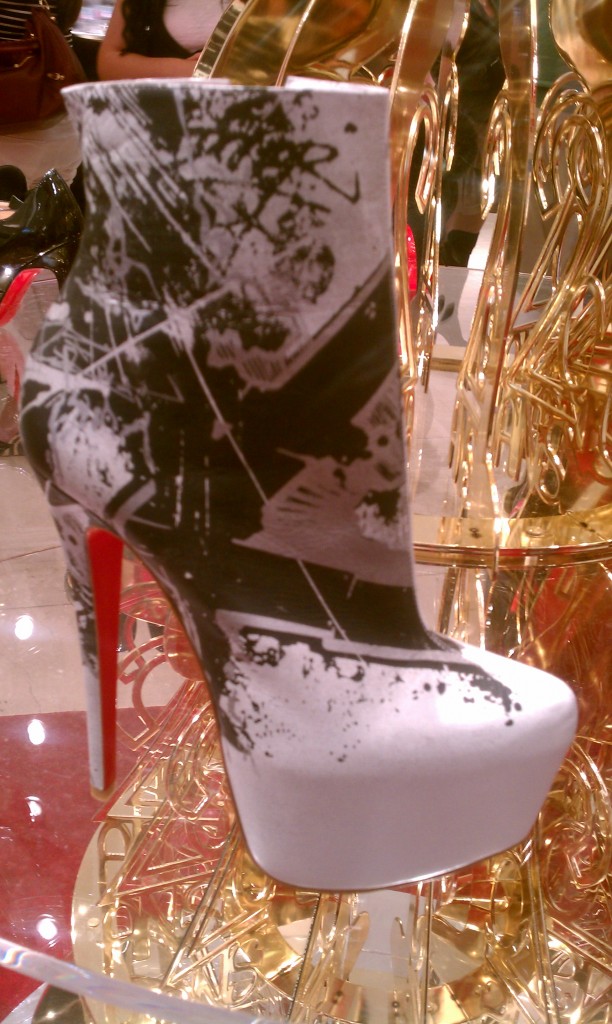 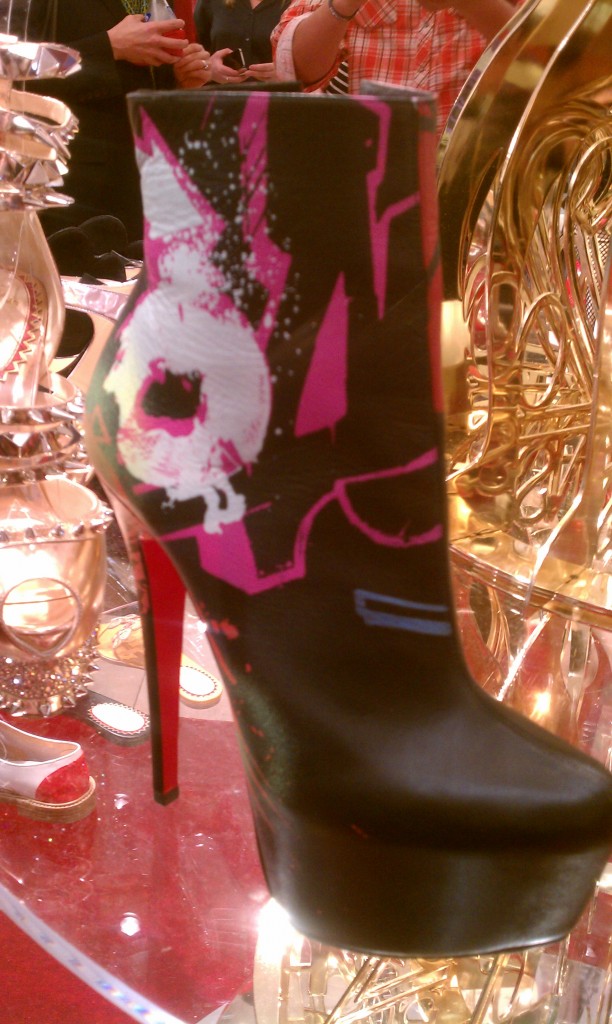 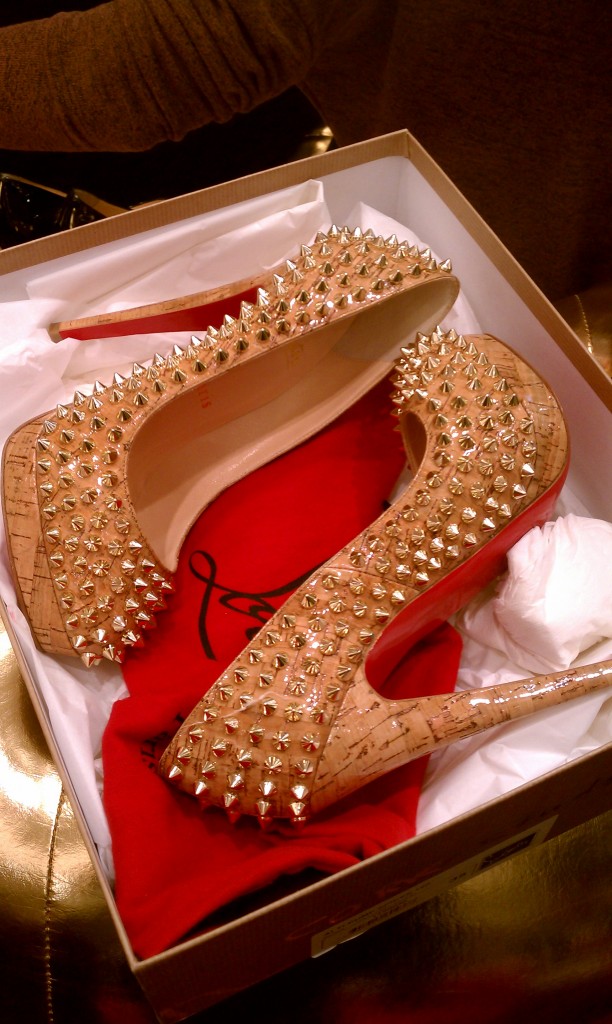 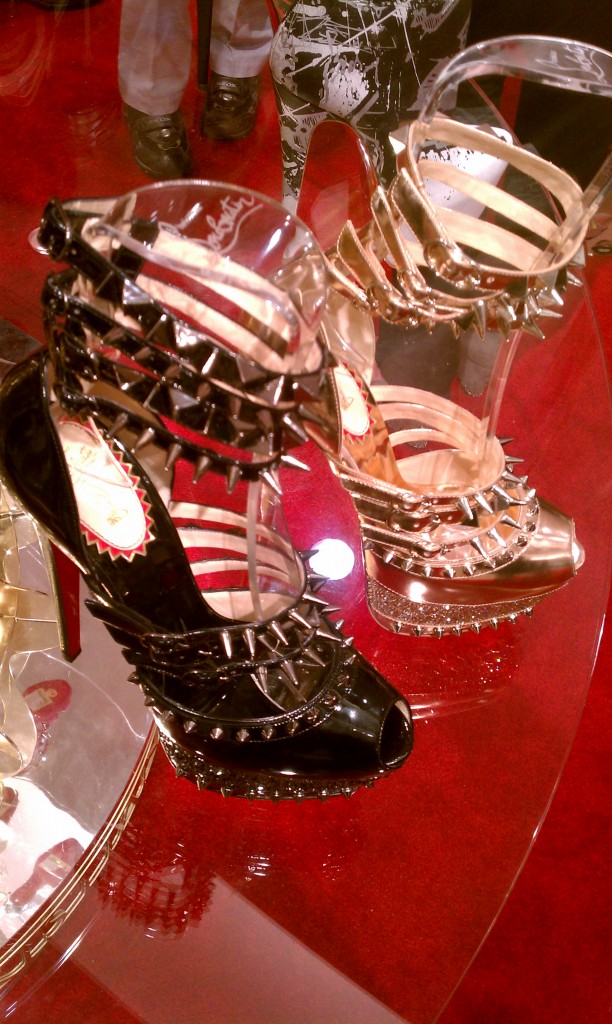 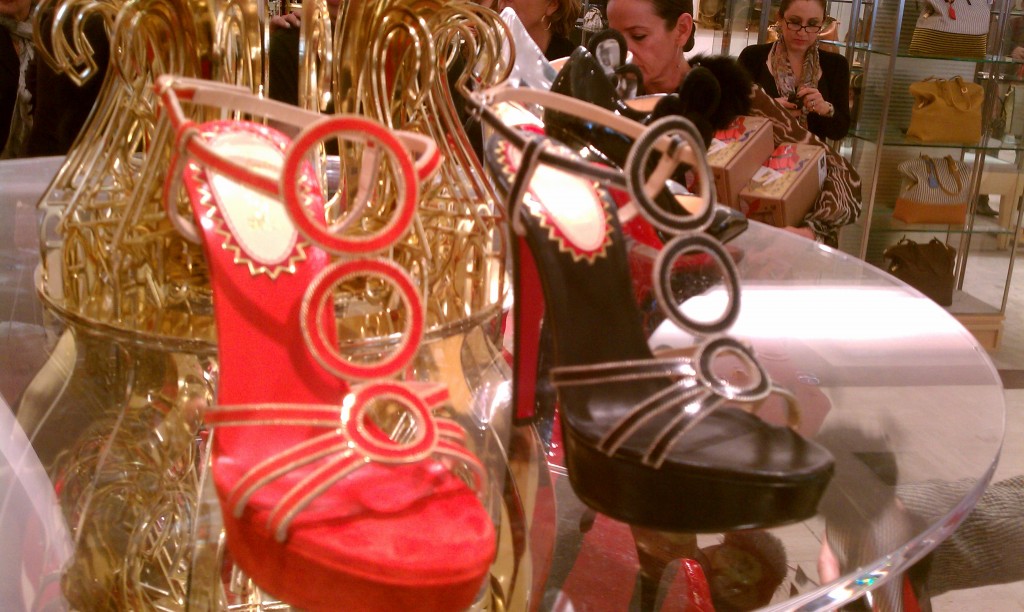 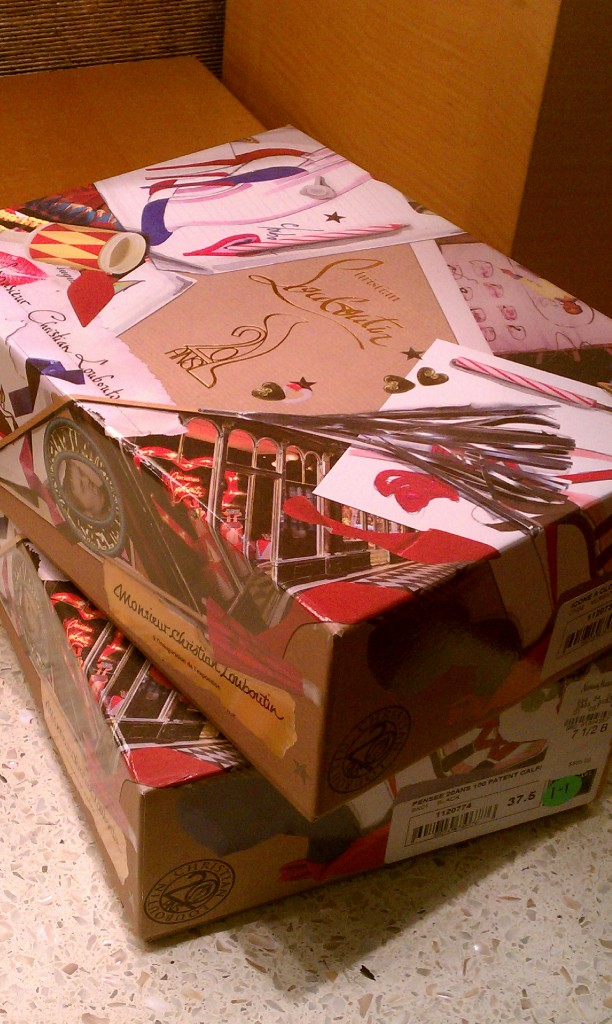 As the DJ was spinning upbeat tunes, women were sparing no expense and grabbing Louboutin’s left and right. Once purchased, you could go get in line (which was only a few hundred people long!) and have Mr. Louboutin sign them. 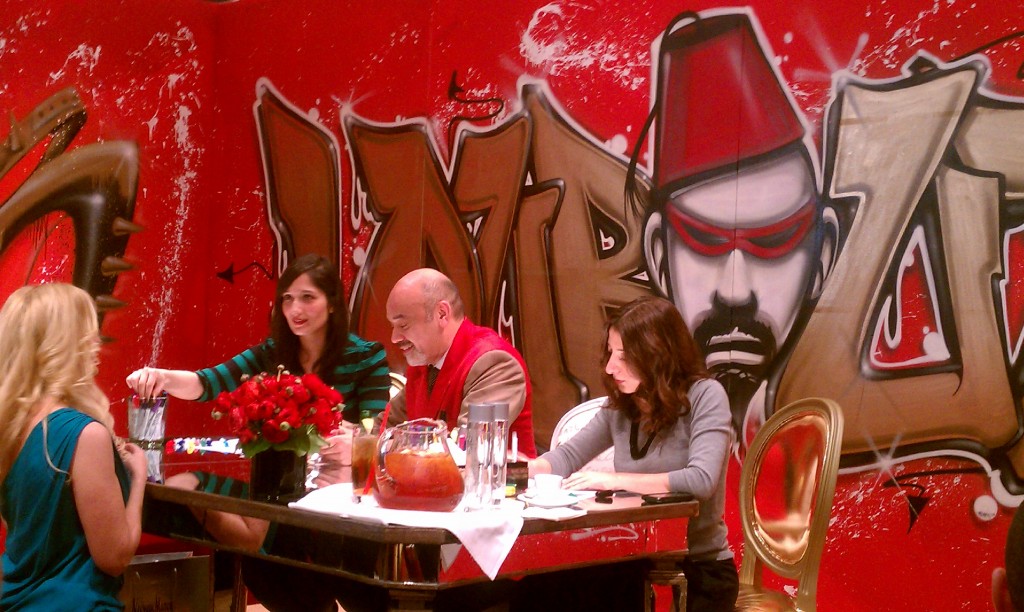 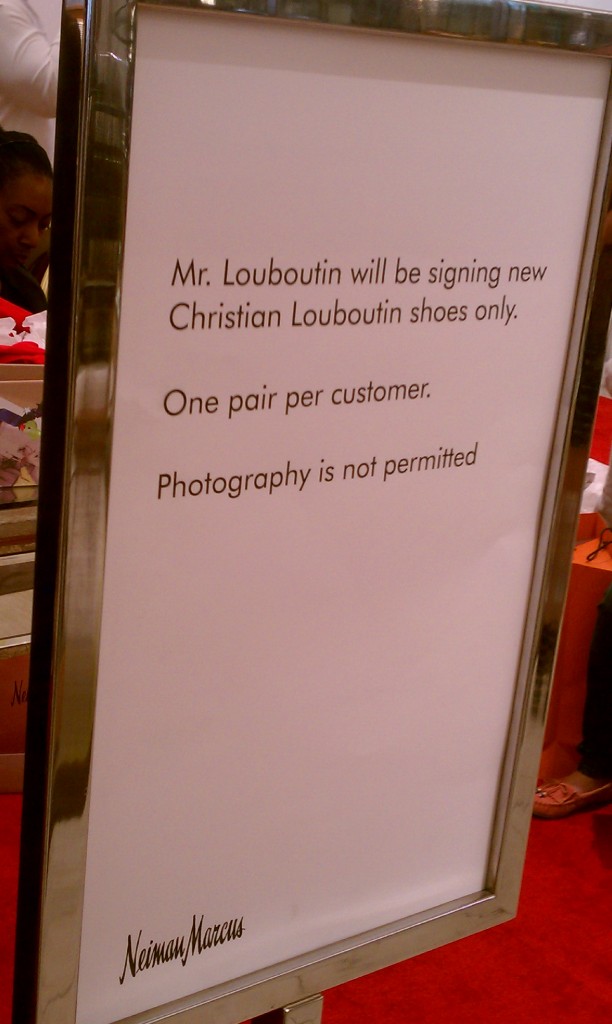 While shopping around and getting pics to share with you, I had the pleasure of meeting the graffiti artist Galo, who was super sweet and told me he had linked up with Christian Louboutin through a friend and previous project. We also discussed the crushed can dress he designed in the window of NM, which I told him I would happily wear to my next event – I’ll just need the Asteroid Spike Toe Pump to go with it. Minor detail… 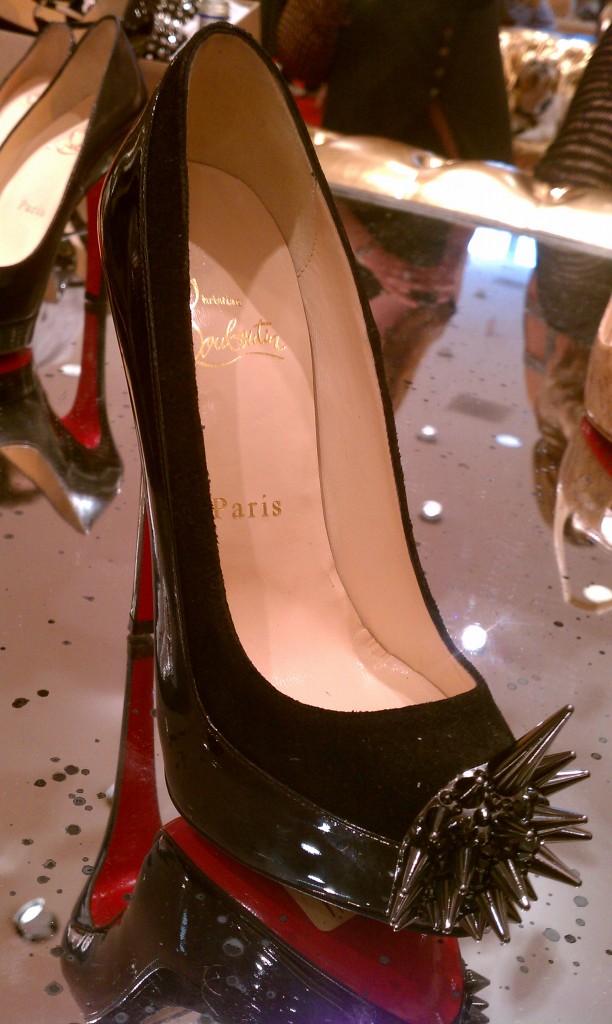 …remember our post a few weeks back about Isabel Marant coming to LA?!? Well, it has been confirmed - the coveted designer will be opening…